The Key to Overpowering Arrogance

Arrogance is the downfall of man and humility goes hand in hand with empathy. Humility and empathy are the antidote for arrogant leadership.

On PR Expanded, guest contributor Helio Fred Garcia, President of Logos Consulting Group, discusses Leadership: Humility as Antidote to Arrogance. People who are placed in high positions in society have failed at empathy. Power is the toxic element that poisons leaders who are in a position to control people. Men in these positions of power believe that there are no consequences for their actions. Referring to Hollywood’s elite as an example of arrogance, Harvey Weinstein has a sense of entitlement; an inability to see others as worthy of respect and dignity; a failure of empathy.

As has been demonstrated by the #MeToo movement, women have been abused and mistreated for years, not only in Hollywood, but in all industries. The vulnerability women feel and the heartache they encounter daily deeply affects most of them and eventually, unfortunately, some are forced to conform and comply. The revelations and accusations from this movement will hopefully take the abuse from the shadows into the light. A light that will hopefully eliminate the violence and empower all women to never put themselves in those situations again. As a supposed evolved society, we can achieve a level of mutual respect and an understanding that such cruel treatment only leads to destruction and an actual ideal society is one where everyone is treated equally and respects one another. Women need to stand up and demand that respect (#MeToo).

However true, through Garcia’s input on testosterosis, there is an incorrect way to handle this crisis, with this movement women are now given the belief that the only way to solve this issue is to expose men for who they truly are and replace men in power with women. They lash out instead of fixing the problem. Believing that women need to rise above men when in fact there should be a level of agreement. There is an understanding of the anger and frustration that women have, yet a little humility can prevent testosterosis.

Garcia analyzes the incorrect way of handling a crisis as well as showing the importance of humility. Humility enables empathy, there is a proper way to handle crisis’ and through testosterosis, what crisis guru Jim Lukaszewski, refers to as one of the common patterns of poor leadership and of mishandled crises. A condition that isn’t gender specific. He defines the affliction this way: “It’s that state of extraordinary irritation and agitation when something goes awry which makes us want to lash out rather than fess up; to slap a few folks around to see what happens; an agitated state caused by adverse circumstances which we regret about the time it begins, but is most often one of the things leaders, lawyers and other top people wind up apologizing for” (Garcia). Humility can prevent testosterosis; there are ways to handle things more effectively.

This helps a leader recognize when they are right or wrong, that there may be other valid perspectives; that he or she doesn’t have to be the smartest person in every room, at every meeting; that he or she doesn’t need to prevail in every disagreement; this makes them even stronger. In a TED Talk last year Pope Francis noted that humility is not weakness; rather, it is a kind of fortitude, he states, “Please, allow me to say it loud and clear: the more powerful you are, the more your actions will have an impact on people, the more responsible you are to act humbly. If you don’t, your power will ruin you, and you will ruin the other. Power is like drinking gin on an empty stomach. You feel dizzy, you get drunk, you lose your balance, and you will end up hurting yourself and those around you if you don’t connect your power with humility. Through humility, power becomes a service, a force for good” (Garcia).

Referring to Hollywood’s elite, proving that humans, or men in power, have failed at empathy; such being the Harvey Weinstein scandal including the reveal of other sexually abusive, prominent men in entertainment, politics, business and journalism shows how arrogance has overcome people, it is the downfall of humanity. This culture is demeaning and degrading, and this can be extended out to society as a whole as these images of Hollywood’s ideal body type are shoved down everyone’s psyche creating an ideal, that most women will never achieve. The damage to young women is in eating disorders and sometimes in a feeling of inadequacy that sometimes makes women in a certain extent of environments do things they wouldn’t otherwise do to either accept or to attain a job, a position or attention through a degrading sexual situation.

Instead of lashing out at the problem, finding empathy in this horror is what will ensure equity and correct leadership to take the wheel. In order to prevent a situation like this from reoccurring, leaders need to be taught humility.  They need to connect with others up, down, and across the chain of command; to build organizations and cultures that are more likely to thrive; to understand the perspectives of others. The best leaders have a temperament that blends both power and humility, which allows them to create a culture of accountability in all directions.

Christine Roque, born and raised in Miami, Fl., is a sophomore at American University majoring in Public Relations and Strategic Communications and minoring in Psychology.

Next Story:
The Modern Communicator Builds Relationships that Last 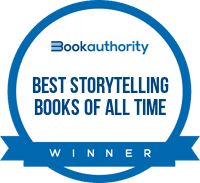